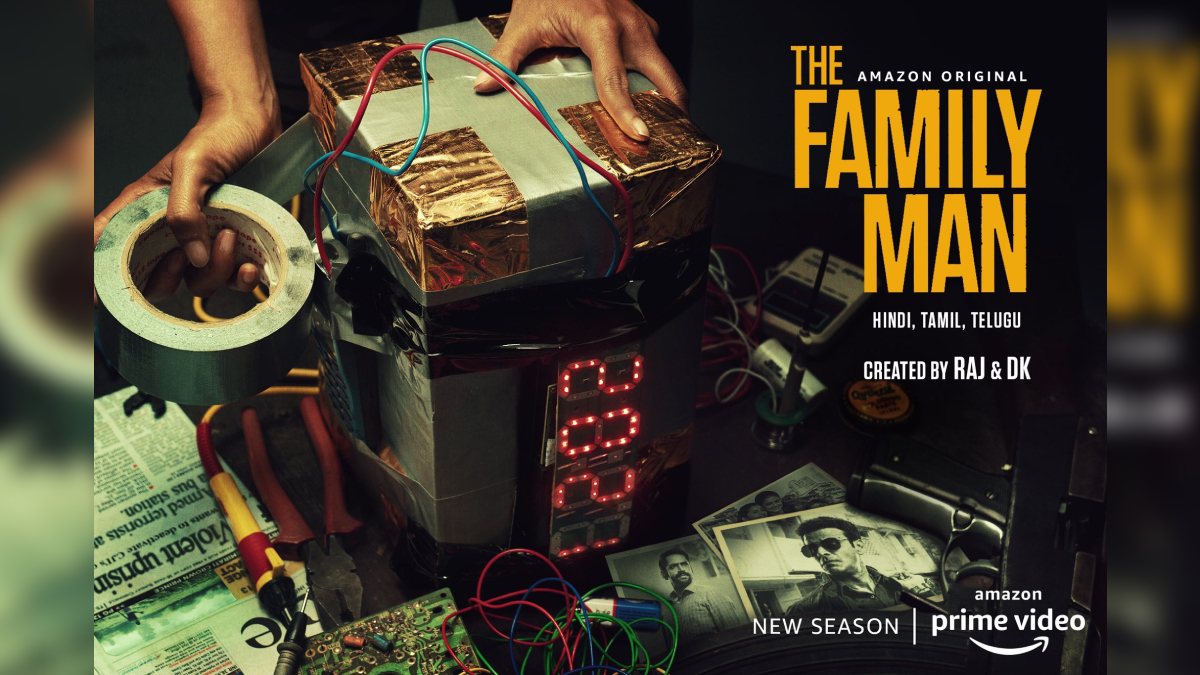 The second season of The Family Man is going to be released on Amazon Prime Video soon, which the streaming service itself has revealed by releasing the poster on Twitter. In this series of thriller, Manoj Bajpayee is playing the character of Shrikant Tiwari, who tries to balance his job as a high-stakes job and a family man as an agent of the National Intelligence Agency (NIA). He tries to keep his family safe from the troubles that come along. Its first season was liked by the audience, after which its second season was eagerly awaited, but now the audience is waiting for it. Yes, the second season of ‘The Family Man’ is going to knock soon, the hint of which is found in the new teaser poster.

Amazon Prime Video has shared a teaser poster on its official Indian Twitter handle, though not much is revealed through this teaser poster. The teaser poster depicts a bomb being made, with some photographs and newspapers. In one of the accompanying photographs, Manoj Vajpayee is seen and in the second picture can be seen Sharib Hashmi (Manoj Bajpayee’s trusted colleague JK Talpade). Which makes it clear that both these characters are going to appear again in The Family Man Season 2 as well.

If you look closely at the teaser poster, you will get to see 12:02 on the bomb. Speculation can be made that this Family Man season 2 may be released on February 12 on Amazon Prime. However, it is worth noting that Amazon Prime has not yet announced its release date.

Along with Amazon Prime, Manoj Vajpayee himself also Instagram But shared the teaser poster of season 2. He shared the poster, captioned, “Enough wait. Has brought the New Year gift for you. Just open it carefully. #The FamilyManOnPrime.”