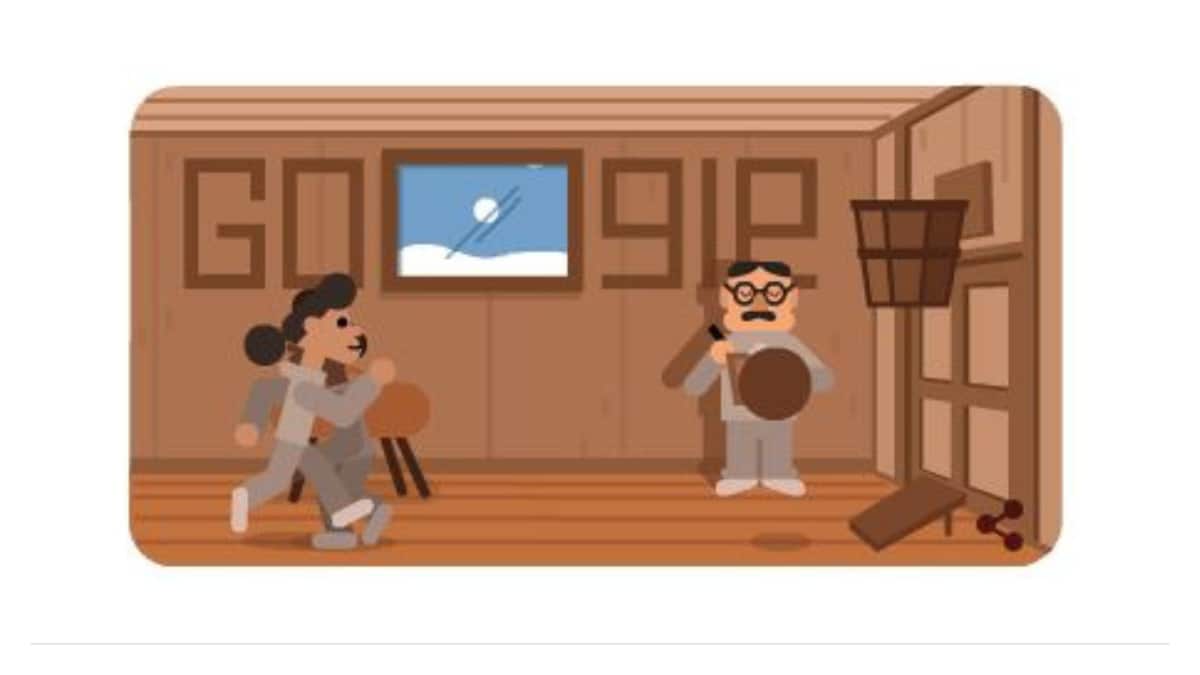 Dr James Naismith Google Doodle: Today’s Google Doodle is named after Dr. James Naismith, a Canadian-American physical teacher, professor, doctor, and coach. For the information of you people, let us know that it was Dr. James Naismith who started playing basketball. He is said to have invented the game in the year 1891 to keep the students busy during the cold weather of January. Today, on the same day of 15 January, he published the rules of the game in a newspaper. Honoring them, today Google has introduced animated doodles for them.

Animated 15 January 2021 Google Doodle You can see that two students are playing basketball and Dr. James Naismith is writing some details on paper. The wall has Google written on it, with an O displayed as a window. The snow falling from this window can be seen, reflecting the cold weather of January.

Basketball was invented by Dr. James Naismith. In 1891, Naismith Springfield was employed as a physical teacher at the YMCA International Training College. Students were unable to play outdoor games due to snowfall during the winter season, which led Naismith to develop indoor games. After which the basketball game started. He made 10 rules for the game.

Today, this gift of Dr. James Naismith has been awarded by Google.

Have you ever checked a waterproof smartphone by dipping it in water …?