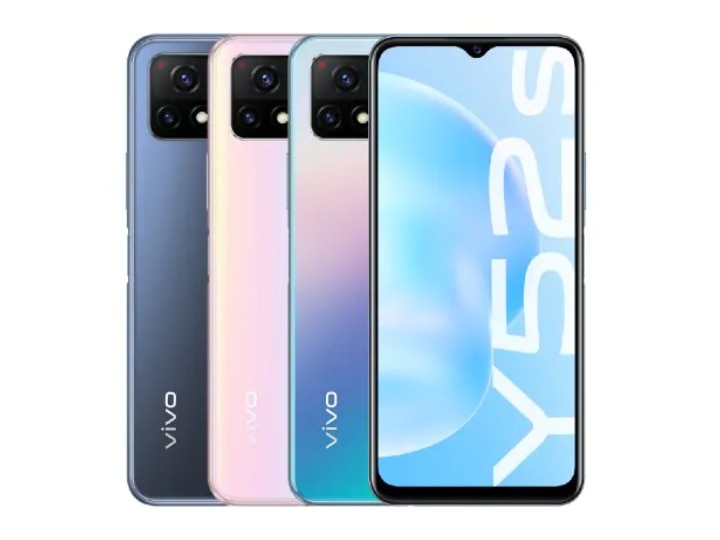 Smartphone company Vivo has launched its new mid-range 5G smartphone technology-equipped phone Vivo Y52s. This phone has just been launched in China. There, the price of Vivo Y52s is being told around 18000 according to the Indian currency. It is believed that this phone will soon enter India. This phone of Vivo has given many great features such as 48 megapixel camera and dual engine fast charging.

Vivo Y52s specifications
The Vivo Y52s has a 6.58-inch full HD + display, which has a resolution of 1080×2408 pixels. The aspect ratio of the display is 20.1: 9. The display comes with a refresh rate of 90 Hz. The MediaTek Dimensity 720 SoC processor has been used in this phone. It works on the Funtouch operating system. It has 8GB RAM and 128 GB internal storage.

The camera
Talking about the camera, this phone has a dual rear camera setup. It has a 2-megapixel depth sensor with a 48-megapixel primary lens. This phone has an 8 megapixel camera for selfie and video calling.

5000mAh battery
To give power to Vivo Y52s, a 5000mAh battery has been provided which comes with 18 Watt dual engine fast charging support. For connectivity, this phone has features such as 5G, 4G LTE, Wi-Fi, Bluetooth version 5.1, GPS / A-GPS, USB Type-C and 3.5mm headphone jack. Apart from this, a side mounted fingerprint sensor has also been provided in the phone.

Oppo F15 will compete
Vivo Y52s will compete with Oppo F15 in the market, this phone has a 6.4-inch full HD + (1080×2400 pixels) AMOLED display, which has an aspect ratio of 20: 9. The smartphone has been given with Corning Gorilla Glass 5 protection. This phone also has the facility of in-display fingerprint sensor. This phone is based on Android 9 Pie. In this, the Mali G72 MP3 GPU has been given for the Octa-core MediaTek Helio P70 processor and graphics. This phone of Oppo has 8 GB RAM. You will get this phone for Rs 18,490.

The first cell of the Xiaomi-hit Infinix Zero 8i tomorrow, the smartphone is equipped with these latest features

Carry Minati became the list of the top YouTube, top trending videos and music of the year 2020